The Big Bang of Eliis! 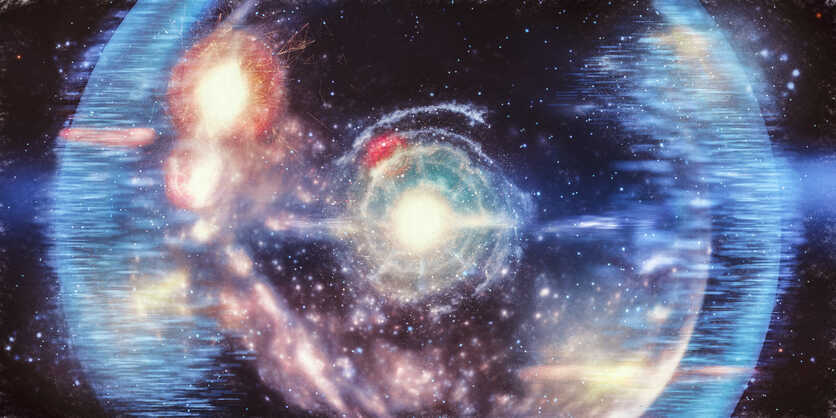 How to foster passion to a child?

As many children in early 80’s, Sébastien Lacaze and Fabien Pauget made nature their favorite playground. Unstructured meadow play was a wonderful way to develop their creativity and problem solving skills! From very early on, both Sebastien and Fabien were amazed by what nature can bring and loved observing the different types of rocks. The former walked along the limestone paths sprinkled with holm oaks around the Mediterranean Sea while the latter climbed the structurally complexed Dauphiné alpine mountains. They celebrated  the breathtaking splendor of the landscape, the stunning cliffs and the fascinating sedimentary layers. Nature was part of their lives and they spend a long time staring at it. They were fascinated by the traces geological time left behind and observed the strata with intense curiosity in search of understanding.

How to turn your passion into a career?

As time went by, they became more and more aware that their skills were being underutilized. In their views, the subsurface analysis proposed to their clients definitely lacked accuracy and finesse. The interpretation and final decision, only made from a few geological maps, should be based on a much more detailed model! Wouldn't the surfaces interpretation be more precise and efficient with a more powerful software capable of integrated multiple data? This burgeoning idea seems obvious, innovative and adapted to the world of underground exploration.

Arising pitfalls along the way

The first difficulty they encountered was the French elitism. They were not graduated from Engineering schools but only from universities. Even worse, during his first university year Sébastien came close to quitting his science studies because of a disastrous grade in geology! Fortunately, thanks to a talented and caring professor, he carried on to complete his thesis and never forgot this lesson of humility.

The second awakening event came from the unfortunate result of the 2006 French Ministry of Research competition for the creation of innovative companies. The project presented by Fabien and Sébastien was not selected. They did not raise any financial help to materialize their idea and started to doubt they will ever see their dream come through.

The “trial and error” cycle

They were left with 2 options: give up on their idea or roll up their sleeves and go directly to the customers. Reluctantly, they decided to design a neuroradiology image processing software instead. The software can probe the brain layers! The project is called IRIS technology in reference to the eye.  A meeting with researchers at the Montpellier University Hospital propelled them into a world they did not know about. The result was very conclusive but again the administrative constraints and the scientific and technical validation protocol were overwhelming.

They then decided to change their strategy and focused their efforts on their favorite field: geosciences. Sébastien and Fabien joined the CREALEAD entrepreneurs' cooperative, which gave substance to their activity and formalized their thoughts. They were no longer alone. Once stabilized, their project aroused real interest in the Business Innovation Center of the Metropolis of Montpellier (Cap Omega) as well as the Languedoc Roussillon Incubation (LRI) center which integrates the company and finances its development.

They finally benefit from solid support and sound advice. Their tirelessly efforts and perseverance were beginning to bear fruits!

The horizon clears up

Researchers from the prestigious CNRS (National Center of Scientific Research) believed in them and their scientific prospects. They provided the support they needed to start their business and an excellent working environment to nurture innovation and technological development. What an opportunity! For three years, the young entrepreneurs carried out studies for clients in the energy field and, more specifically, in exploration. The approach first focused on gas storage and then branched out into prospecting oil and gas bearing reservoirs based on seismic images. The increasingly demanding environmental constraints as well as the natural reserves decline motivated the creation of a highly efficient, more accurate and faster software.

Encouraged by these findings, Fabien and Sébastien made a prototype and provided a service for decision-maker companies who evidently expected reliable subsurface analyses before making heavy investments. Thus, the companies ENI (Italy), Maersk (Denmark), Engie (France), BG Group Gas (United Kingdom) and Wintershall (Germany) joined forces in a consortium and entrusted the creation of the software to the two men. The members of the alliance financed the project equally in exchange for free licenses. The results are undeniable and gave complete satisfaction to all members. Yesterday's collaborators became today's customers! Sébastien and Fabien now had all the cards in hands to create their own brand and market a software that had been tested and endorsed by renowned professionals. The company will be called Eliis, Elite Image Software, and the seismic interpretation software PaleoScan™.

What does the future hold for Eliis?

Today, the company continues to grow. It counts about fifty employees and has four subsidiaries, almost five: USA, Australia, Brazil, Malaysia and soon in Middle East. The technological adventure could end there, but there are many ecological challenges ahead of us that has to be met soon: CO2 storage, geothermal energy, hydrogen exploration. Eliis aspire to provide intelligent technological solutions to mitigate carbon dioxide emissions and encourage renewable energy exploitation to meet our today’s and tomorrow’s ever-growing energy demand. The worldwide challenge of the energy transition has greatly stimulated the team which is testing and developing multiple applications of the PaleoScan™ software in search for sustainable solutions to make the Earth great again!