Geothermal energy right under our feet 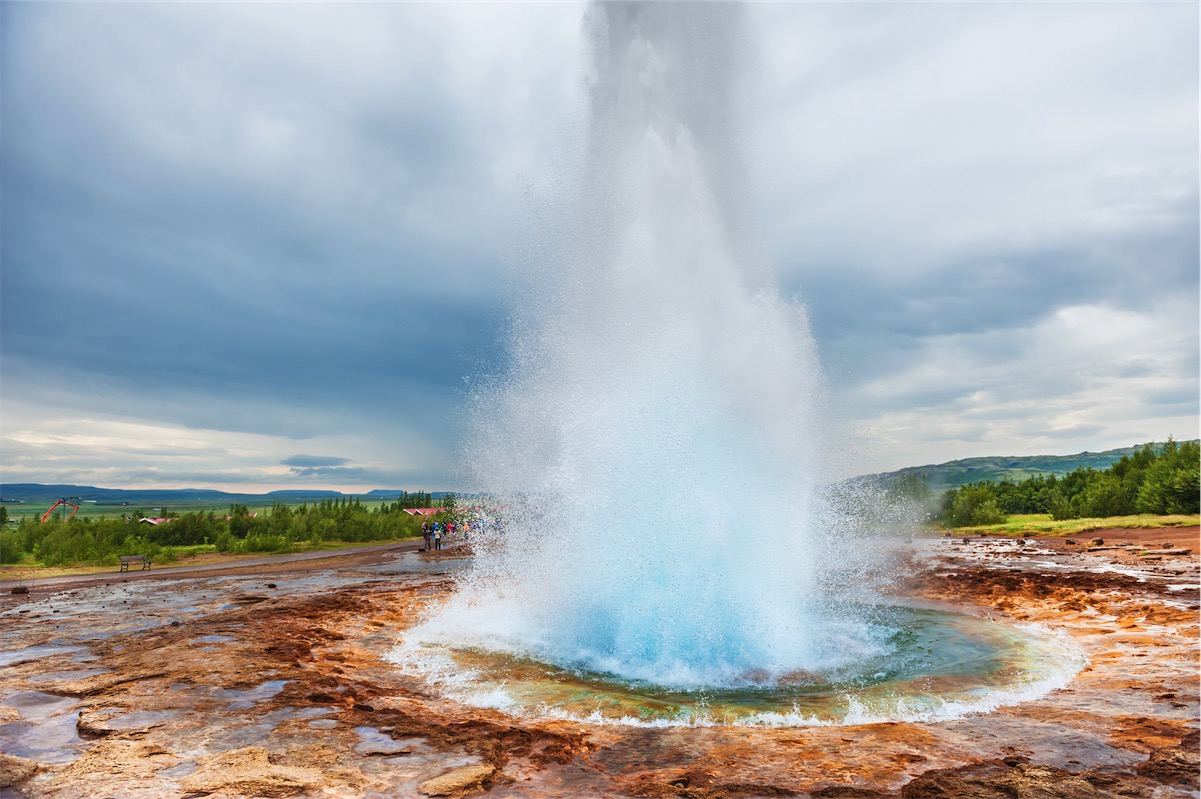 Geothermal energy makes it possible to use the heat of the subsurface to produce electricity or to supply heating systems. Renewable and carbon-free, this energy source is an excellent alternative to fossil fuels. What role does it play in the world today? Why is it interesting  compared to other energy sources? What are its limitations and development perspective? Here is a brief overview.

Exploiting the heat naturally present in the subsurface rocks is a practice that has been known for thousands of years. The use of hot springs dates back to the Paleolithic era, the oldest urban heating systems date back to the 15th century (France) and the first industrial use of heat by a chemical plant dates back to 1827 (Italy). But it is in the second half of the 20th century that modern geothermal techniques have really expanded.

Today, geothermal energy is the term used to describe the techniques that consist of circulating a fluid - either naturally present in the rock or injected under pressure - underground and recovering the thermal energy it has stored to supply heating networks or to produce electricity.

Where does the heat come from?

The heat used in geothermal energy comes in part from the earth's mantle, but most of it (87%) comes from the crust, more precisely from the radioactive decay of uranium, thorium and potassium atoms. On average, the temperature rises by about 30°C per 1,000 meter down. But this temperature gradient is generally greater in volcanic areas.

-  Conventional geothermal energy where we seek to directly  exploit the energy from a very high temperature fluid of about 200°C;

- Non-conventional geothermal energy or EGS (Enhanced Geothermal Systems) in which the reservoirs are modified (called "stimulation") to improve natural permeability, which is not always sufficient.

A technology that is still underdeveloped in the world

United States, Indonesia and the Philippines. However, this production has been growing continuously since 2010. Total installed capacity has increased by 50% between 2010 and 2020 and is expected to reach 19,300 megawatts of electricity (MWe) by 2025. Turkey, Indonesia, and Kenya are the three countries that have seen the largest increases in geothermal power generation capacity in recent years.

Geothermal energy for heat production is currently used in 88 countries (only 28 countries in 1995). Today, the total installed thermic capacity is 110,000 thermal megawatts (MWt), which corresponds to a growth of almost 9%/year since 2015, and the thermic energy used is 283,000 GWh/year (11.5%/year growth since 2015). The three main uses of thermal energy are geothermal heat pumps (58.8%), baths and swimming pools heating systems (18%), building heating systems (16%, including 14.5% for district heating), but also greenhouses and aquaculture ponds heating systems, and industrial and agricultural uses.

Even if it will develop, this thermal energy production already prevents the release of more than 250 million tons of CO2 into the atmosphere each year (for comparison, an American releases 16 tons of CO2 per year).

Geothermal energy has a lot to offer:

One may therefore wonder why geothermal energy is not as popular as wind and photovoltaic, and why it is not more developed. There are several reasons for this.

Despite its many advantages and considerable potential, geothermal energy remains an expensive investment. This is particularly the case for high-energy geothermal energy for electricity production. When it is located outside of volcanic and/or tectonically active regions, it involves deep drilling, and drilling accounts for more than half of the investment costs of a geothermal power plant.

There is also a risk when drilling: that of not being able to access the heat resource sought. The chance of failure would be about 20%. To increase the chances of finding a productive system, it is necessary to know the potential of the subsurface in order to decrease the uncertainty on the presence of hot water, but also a porous rock structure with a fracture network of sufficient size for optimal fluid circulation.

Some areas of the world have good geological understandings and models, but this is not the case everywhere with large areas still unknown. And to really know the subsurface and its geothermal potential, it is often necessary to... drill, which increases the costs of the projects!

The two current lines of research are therefore aimed at improving the development of drilling technology materials and tools to better characterize the subsurface.

To achieve better productivity and profitability, it is possible to use so-called "unconventional" techniques. These allow access to greater depths (beyond 2000 m) and higher temperatures, but often correspond to rocks with low permeability. The EGS (Enhanced Geothermal System) technology consists of improving these low-permeability reservoirs by injecting water at high pressure to open up the existing fractures and thus create a larger heat exchange surface between the water and the rock.

This approach, which makes it possible to produce more electricity, still needs to be optimized; it is indeed likely to lead to an accumulation of stresses and to generate earthquakes, a problem that must be better controlled.

Combining geothermal energy with exploration of other resources

A new opportunity for the geothermal sector is the discovery of lithium in certain underground aquifers exploited by geothermal power plants. This mineral, which has become indispensable in many applications, including the manufacture of lithium/ion batteries for electric vehicles, is only produced in a limited number of countries. Lithium covalorisation could be an asset for geothermal energy by offering additional revenue opportunities and attracting new investors.

To reduce the costs of geothermal energy, it could also be possible to bypass the drilling stage by using already existing wells in sedimentary basins, such as those used by the oil and gas industry. This would involve either converting abandoned oil reservoirs or co-producing oil and geothermal heat. This option would also allow a better social acceptance of the projects since they would be located on already exploited areas.

As a conclusion, if geothermal energy cannot be considered today as a unique solution to the challenges of energy transition, it remains - by its development potential and its characteristics - a very interesting alternative to fossil fuels. It should therefore find a place of choice in the global energy mix in the coming decades.

Capturing the energy beneath our feet, IEA, 22 october 2021

Why unconventional resources are key expanding geothermal energy use, Horizon, European Commission, 6 may 2021

How can we do geothermal from oil wells, MEET – Multi-site EGS Demonstration