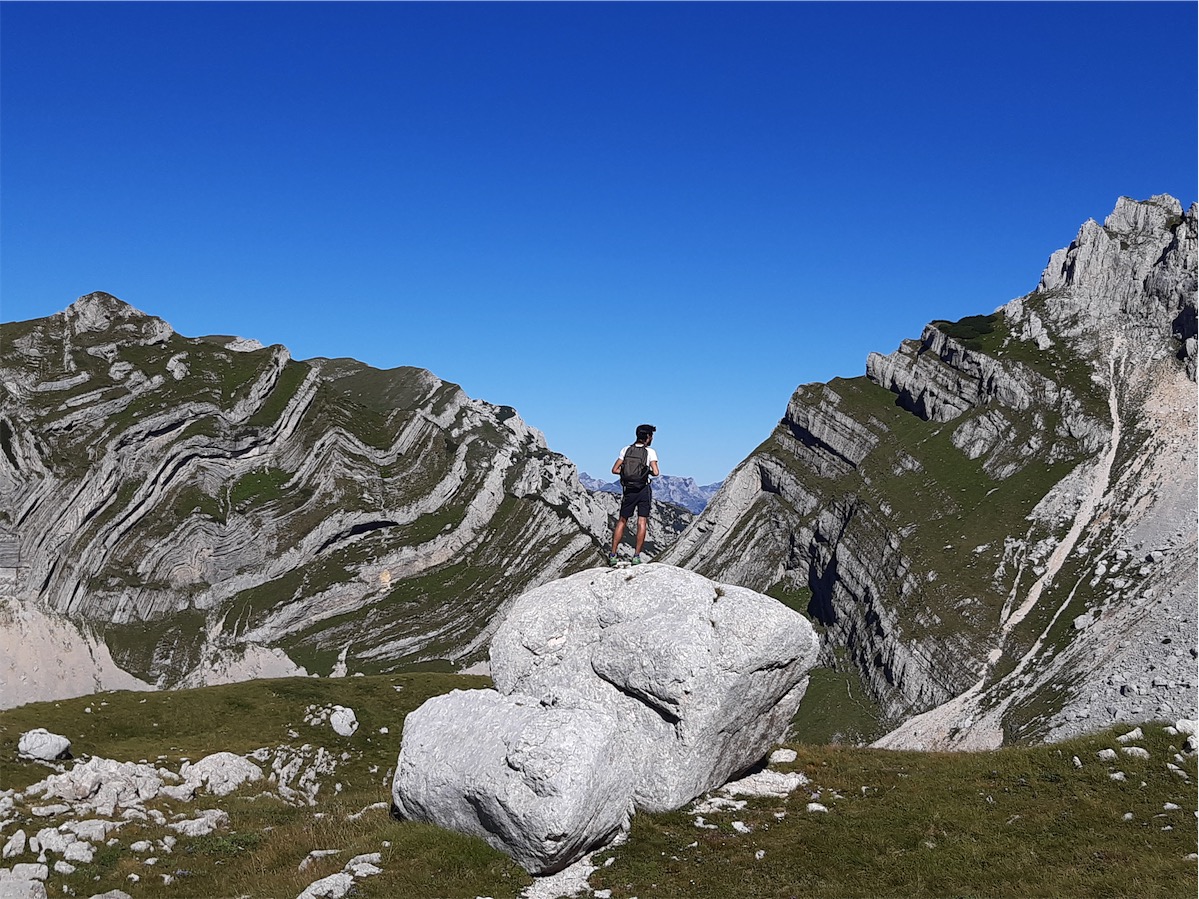 A French geologist from Nice

Benjamin Durot joined Eliis at its very first steps back in 2012 when the company could count its employees on the fingers of one hand. Back then, he began as intern and successfully fulfilled different roles as the company was evolving and expanding. As young geoscientist with many talents, he was one of the foundation stone of the company and is now naturally heading the Geoservices department. "We didn't know it was impossible, so we did it! » he proudly says with a smile on his face.

Childhood memories: falling in love with the Mountains

Benjamin grew up between sea and mountains. His childhood’s free time was spent in the Nice surrounding nature, walking, biking and examining wildlife. His love for rocks and landscape has lead him to attend geology classes in high school where his fascination for geology was turned into a passion. His teacher shared his enthusiasm to the point of taking his students to the field on Saturdays.

The flame was lit and will never fade!

It’s during a University of Côte d’Azur open house that Benjamin decided to enroll in a Bachelor of Earth Science. Geology is a science that comes with a lot of hiking, rom the first week of class, students meet on the field. Theory meets practice! To indulge his curiosity, the geologist-to-be explores Earth structure and dynamics, and learn how to develop a scientific approach from observation to modeling. But it does not stop there.

Benjamin graduated from the University of Montpellier with a master degree in applied geosciences, specialized in exploration and reservoir geology. He acquired solid skills in the analysis of georesources: oil and gas, industrial resources, high-tech metals, geothermal systems, subsurface storage (CO2, waste etc…) and native hydrogen.

He then decided to join Sébastien Lacaze and Fabien Pauget, the two founders of the Eliis company, in the development of their seismic interpretation software.

10 years later, he was rightfully promoted to Geoservices Department Manager, the company has 4 subsidiaries around the world, 45 employees and exponential growth. The future looks bright!

The geology of the energy transitions

“Exploring does not mean exploiting. Exploitation must be done wisely”. Benjamin is well aware that the hydrocarbon resource on earth is not unlimited. He is also conscious of the oil fields short lifespan, 15 to 20 years at most, and that the resulting gas and oil recovery factor is only 40 to 45%.

How to substantially improve this recovery factor in a sustainable manner? How to optimize the hydrocarbons production and retrieve the remaining 60 to 65%? The PaleoScan™ software designed by the company Eliis and the advice provided by their domain experts offer intelligent solutions that Benjamin knows well. They lead to a better understanding of the basin sedimentary history, the formation, migration and accumulation of hydrocarbons.

But he sees beyond. The Geoservices Department Manager is aware of the necessity of offering solutions for an efficient energy transition as we face an ever-growing energy demand. PaleoScan™ ‘s cutting-edge technology is easily adaptable to todays’ energy transition and optimization challenges such as CO2 sequestration within abandoned oil reservoir or aquifers studies.

A whole program for the future!

The Martian explorer "Perseverance", currently on Mars surface, opens up new horizons for geologists. The robot analyzes rocks that will help scientists to better understand the earth ecosystems, the water mysteries and perhaps extraterrestrial life. What are the main geological processes that shaped the planet? Has water evaporated into space? Did it find itself trapped below the crust of the red planet? The geology of Mars promises to be as exciting as the geology on earth, if not more!