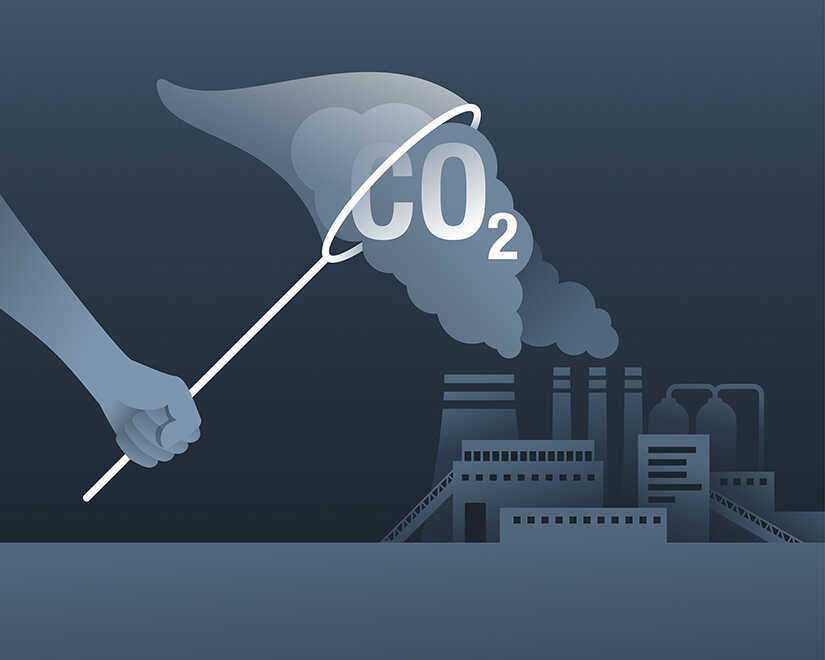 For several years, Norway has actively supported carbon capture and storage (CCS) technologies. Designed to reduce greenhouse gas emissions from the industries with the highest CO2 levels, these technologies are currently the subject of two large-scale projects on the Norwegian continental shelf.

Reducing greenhouse gas emissions by 50 to 55% by 2030, and by 90 to 95% by 2050, while aiming for carbon neutrality before the next half-century: this is Norway's ambition to limit global warming to 1.5°C in accordance with the Paris Agreement.

What are its weapons to meet the challenge? Continuing to promote electric vehicles (they now represent 2/3 of all vehicles), imposing "zero emissions" for public purchases of trucks and cars, promoting biofuels, tripling the carbon tax by 2030, setting up large-scale offshore wind farms...

Unfortunately, all of these measures, while essential to decarbonize the economy, do not solve the problem of industries that emit large amounts of CO2. Indeed, what about steel factories, cement plants, refineries, fertilizer manufacturers, chemical and petrochemical plants and hydrogen production plants that will be using fossil fuels for several decades to come?

To mitigate these emissions, the use of carbon capture and storage (CCS) technologies appears today to be an unavoidable option. CCS is one of the few techniques capable of decarbonizing industry. The International Energy Agency  (IEA) estimates that it will be necessary to capture 1.6 billion tons of CO2 per year in 2030 and 7.6 billion tons by 2050. The problem is that although this technology is very promising, it is still extremely expensive and relatively undeveloped. However, time is running out!

"For the world to meet the goals we committed to with the Paris Agreement, we need large-scale carbon capture and storage. Not all emissions can be reduced by using renewable energy. In many industrial processes, such as cement production, CCS is the only technology that can reduce emissions," said Norway's Minister of Climate and Environment in September 2020.

Because there is a pressing need to develop innovative technologies, disseminate knowledge and reduce costs, the Norwegian government has announced that it will invest €1.6 billion to fund large-scale CCS projects in the North Sea and to support collaborations between companies in the sector.

It is not the presence of many depleted reservoirs that explains why there are European CCS programs in Norway (end-of-life oil reservoirs have a lower storage capacity than "pristine" aquifers). The reason there are so many CCS projects is that the Norwegians have a lot of experience in exploration. Determining whether an aquifer is suitable for CCS requires an assessment of reservoir properties such as porosity, pressure and permeability, which is actually exactly the same as you do in oil and gas exploration. With CCS, there is just a bit more focus on the reservoir engineering aspect. Above all, there is a real political will in Norway to develop CCS technologies and full-scale business chains, as well as regulatory frameworks that provide more incentives than elsewhere.
Developing CCS infrastructures
There is currently a lot of activity within CCS at the moment, and several projects, business alliances and new companies are starting up, but here are the two main projects that you should know about.
The originality of the projects supported or financed: a "hub and cluster" approach allowing for the flexible, efficient and cost-effective transport of very large quantities of CO2 between capture sites (emitting companies) and storage sites. Through the establishment of regional cross-border partnerships and increased cooperation between governments and industry, this approach should lead to economies of scale and cost optimization. Two major projects are underway.

●      Longship (the Northern Lights project is part of Longship)

Longship is the name of the large-scale CCS project launched in 2020 by the Norwegian government and Gassnova. It is the first European project to develop a CCS value chain needed to meet the Paris agreements. Its ambition is to pave the way for other projects, and to show that CCS technologies can be technically efficient and commercially advantageous for European companies. For now, Longship aims to capture and sequester 800,000 tons of CO2 from two major Norwegian companies: the Norcem cement plant in Brevik in the south of the country, and the Fortum-operated waste incinerator in Klemetsrud, near Oslo. The company Fortum Varme was recently acquired by a joint venture (between the private equity fund HitecVision, Hafslund Eco and Infranode), guaranteeing that the project will happen. The project is designed to gradually increase its capacity and eventually treat emissions from other European companies.

The current cost estimate for the Longship project is 2,5 billion euros, where the Norwegian taxpayers will cover 1,7 billion euros of this.

Northern Lights is the transportation and storage arm of the Longship project. It is a company created by the Norwegian oil company Equinor, the Anglo-Dutch Shell and the French Total Energies. It aims to set up the infrastructure to transport Norcem's and Fortum's liquefied CO2 by ship to a terminal located in the municipality of Øygarden, in western Norway, and then to transport it by pipeline to a saline aquifer located 2,600 meters below the sea floor. Northern Lights' goal is to inject 1.5 million tons of CO2 per year by 2024 and to gradually increase capacity to 5 million tons per year.
●    The Stella Maris CCS project

Initiated in 2019 by the companies Altera and Höegh LNG, partly financed by Gassnova, the Stella Maris project aims to develop large-scale collection, transport and injection logistics to enable industries to have easy access to CCS solutions. These solutions, ranging from loading at port to injection into offshore reservoirs, are intended to be competitive and cost-effective, flexible and scalable, and will be offered to individual European companies, both large and small, as well as to consortia of companies and governments.

Floating stations (intermediate hubs) located near European land-based industrial emitters will allow CO2 to be collected and stored, then unloaded into shuttles that will feed a floating pumping station. This 73,000 m3 floating storage and injection unit (FSIU) will allow continuous injection of CO2 into secure, permanent saline aquifers.

Unlike the Northern Lights project, which is confined to a pipeline, the Stella Maris project uses shuttles and floating units to inject CO2 into reservoirs far from the coast, giving it greater flexibility. The goal is to sequester 10 million tons of CO2 per year underground, or 20% of Norway's emissions. The Stella Maris concept could be applied to any region with offshore storage capacity. If 1,000 units like Stella Maris were installed worldwide by 2050, it could be possible to meet the Paris targets.