Natural hydrogen: "Competition for the mining sector is clearly emerging" 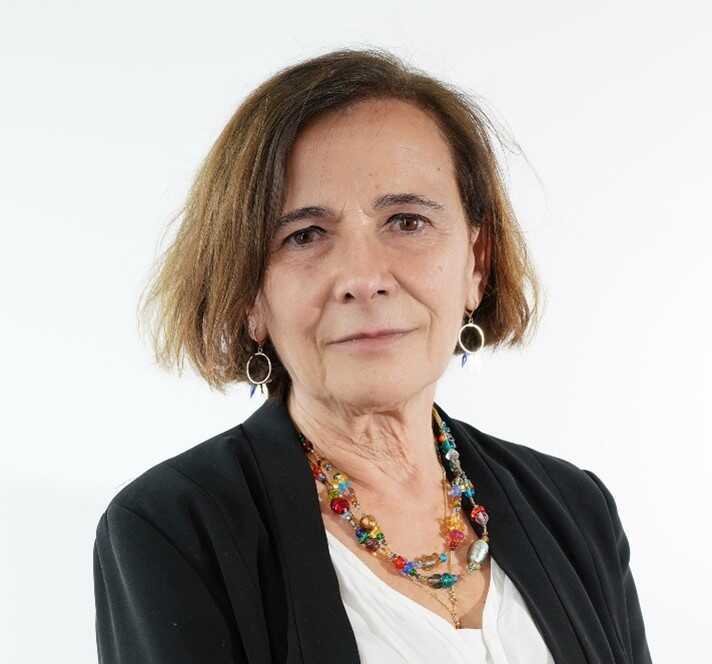 Isabelle Moretti is a member of the French Academy of Technology and a researcher at the University of Pau and the Pays de l'Adour (E2S-UPPA). She’s the scientific advisor of the H-Nat international summit, which has been bringing together scientists and industry every year since 2021 to discuss natural hydrogen.

What makes you think that hydrogen deserves all our attention today?

There is an urgent need to decarbonize our industry and our mobility. One of the solutions is the use of hydrogen. At present, what do we have? On the one hand, we have grey hydrogen, produced from fossil resources, which is cheap and easy to produce, but whose manufacture emits CO2. On the other hand, we have a green hydrogen, produced from renewable energy such as wind and photovoltaic, therefore with little CO2, but which requires surplus electricity - not always available - and an important consumption of water - which can be a problem. Moreover, today, financially and energetically, this "P2G2P" (power to gas to power) transformation is not profitable at all. Many are therefore looking for other solutions. Among the most promising and accessible solutions is natural hydrogen. It does not emit CO2 and, financially, it is one third less expensive than grey hydrogen, which is already the cheapest. The use of natural hydrogen avoids the need for energy-intensive, and therefore expensive, heating.

Which countries are in the race?

In the lead are the United States and Australia. Their traditions linked to the enormous wealth of their subsoil (metals, oil, gas, coal...) have led to a habit of exploration. Moreover, their geology is promising for natural hydrogen. Finally, their mining law and the habit of this type of extractive industry allow them to carry out explorations and therefore to go faster. Since the State of South Australia changed the law, exploration projects have multiplied. In South America, it is still a bit vague, but several large state-owned companies are interested; this is the case in Brazil and Colombia. The same is true in Europe, with France, Spain, Poland and Ukraine. In Africa, Djibouti, Morocco, South Africa, Mauritania and others are also starting to look closely at their potential.

How, in concrete terms, does the search for natural hydrogen proceed?

Geologists have been interested in natural hydrogen and have been publishing articles for about 15 years. But the real beginnings of exploration date from 2019, at the beginning of the Covid. We are on the same type of approach as in Oil & Gas or geothermal. It's a similar vision. We are trying to identify source rocks, the thermal state of the subsoil, fluid migration paths, surface emanations, we are studying the reservoirs and their structure with seismic... The fact that there are surface emanations is a clue, but it can also mean that there is no protective impermeable rock, and therefore no accumulation. Discoveries can also be made in other ways. For example, in Mali, it was while searching for water that we stumbled upon a hydrogen production site. In Australia, it was by studying depleted wells. Many wells drilled by oil companies have found hydrogen, or at least a certain percentage of H2, with other fluids. In geothermal energy, we recover the hot steam needed to turn the turbines, but we could also look for hydrogen. This is often the case, as in Iceland. One of the major areas of research is to review the subsurface data to reinterpret it. For example, the company Gold Hydrogen has taken over the areas around wells drilled a century ago where H2 was found. My students have been analyzing rocks in Australian core libraries that could produce natural hydrogen. All these clues are valuable for exploration.

What do we know today about the availability of hydrogen worldwide?

It is important to know that hydrogen is a flux. And that its generation kinetics can be extremely fast; it depends on the temperature. For example, it is enough for it to rain on the volcanoes of the Aeolian Islands and Stromboli for us to measure an increase in hydrogen in the fumaroles. We do not yet know exactly how much hydrogen is produced on Earth, but the researcher Viacheslav Zgonnik has calculated that half of the current hydrogen consumption could come from natural hydrogen.

Is there any collaboration between the various players involved in hydrogen?

The Oil & Gas majors are keeping a low profile, but I've noticed that they're watching everything that comes out about natural hydrogen very closely. At the H-Nat conference last June, they were all present: Exxon, Shell, Total, Chevron, Repsol... but they didn't ask any questions! They are on standby. Some of them are involved in research projects or collaborations with universities, but they prefer not to communicate about them. In fact, collaborations exist for everything that concerns fundamental knowledge: the origin of hydrogen, its modes of transport, etc., but they are mainly between researchers, even if this is a little less true since the subject has become fashionable. As Australia accelerated exploration, as there was more and more competition for exploration blocks, companies started to realize that they could make money, and communication became less fluid. In fact, when it comes to regional knowledge, players start to hide their copy and want to keep exclusivity. The race to the mining field is clearly emerging, as with all natural resources. For the moment, small companies dedicated to hydrogen and sometimes helium are in the lead. But the profession is increasingly organizing itself into networks; in Europe, it is Earth2, around the Avenia competitiveness cluster in Pau, which groups the ecosystem.