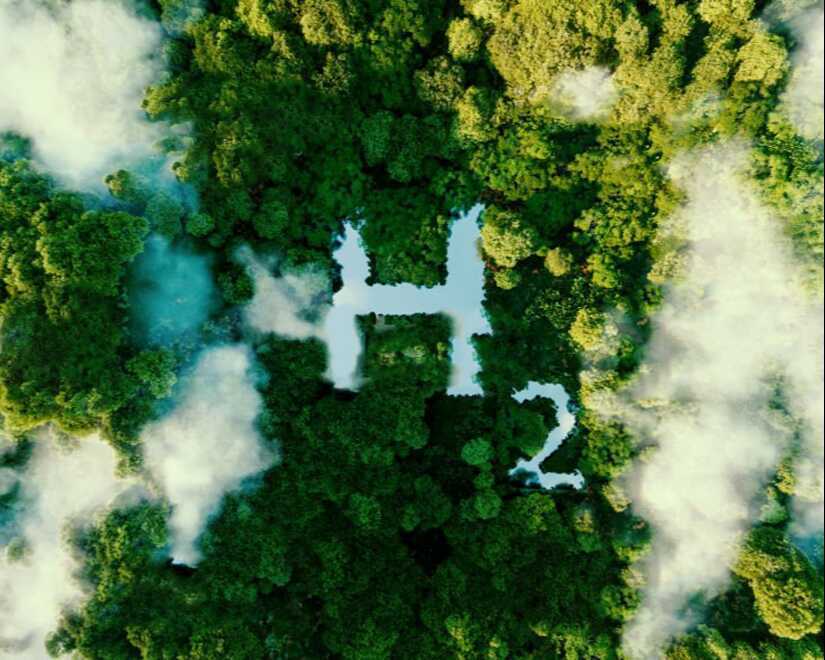 More and more companies are investing in the exploration of natural hydrogen. Although the evidence of its abundant presence on Earth is multiplying, there is still a long way to go to fully understand its potential.

Since 2012, a pilot unit in Mali has been operating an underground natural hydrogen reservoir. Set up by the company Hydroma, this unit has been supplying electricity to all the inhabitants of the Bourakebougou village without interruption for 10 years.

If this experiment is an exception, it proves that natural hydrogen found in the ground could be a serious solution to produce decarbonized electricity. From simple geological curiosity just a few years ago, this gas is now attracting growing interest. More and more startups are jumping on the bandwagon.

Natural hydrogen has everything

Unlike other industrial sources of brown, grey, green, yellow or blue hydrogen, natural hydrogen does not require energy input or massive infrastructure (solar farms or wind farms). It is most likely renewable on a human lifetime scale (it would regenerate itself permanently), it could be produced locally, it does not emit CO2 and does not require water. The icing on the cake: valued at between $0.5 and $1.25/kg, its price will not depend on electricity prices and should remain significantly lower than other sources of hydrogen. According to the IAE (International Energy Agency), green hydrogen would cost $3 to $8/kg, blue hydrogen $1 to $2/kg and grey hydrogen $0.5 to $1.5/kg.

Australia and the United States in the lead

With a geology conducive to the production of natural hydrogen and an economic environment favorable to the development of renewable energies, it is with no surprise that projects are multiplying in Australia. In the state of South Australia (SA), the number of exploration permits requested or obtained has literally exploded in the last two years, going from zero at the beginning of 2021 to nearly 20 to date. The projects are being carried out by a dozen companies, including Gold Hydrogen, H2EX, HyTerra and 2H Resources, and now cover 570,000 km2 , or nearly a third of South Australia's surface area.

In the United States, exploration projects are gradually being set up. Desert Mountain Energy has just finished drilling the McCauley field in Arizona; it is the first after Hydroma to have reached this stage. The startup Cemvita Factory announced in April 2022 the launch of a pilot project at its facilities in Colorado. HyTerra, meanwhile, has begun drilling in Kansas. It has just acquired Neutralysis, an Australian company that has an interest in a project in Nebraska alongside Denver-based Natural Hydrogen Energy LLC (NH2E).

Canada's Pristine has plans to drill in the southern and northern U.S. and has partnered with Foothills Exploration to form New Energy Venture, a company that plans to explore the provinces of Ontario and Quebec in Canada.

Europe in the race

Projects are also multiplying on the old continent, even if the fever has not yet reached the levels of Australia and the United States.

The French startup 45-8 Energy has set up several exploration projects, including three in France and three in other European countries, including Germany. Spain's Helios, which recently signed an agreement with Ascent Funds, has two projects underway in the northern region of Aragon and plans to start drilling within two years. In Switzerland, the company HyNat is developing several research and exploration projects on the African continent due to a geology that is particularly favorable for hydrogen exploitation. The French giant Engie has been conducting studies in Brazil since 2016. The company has also created an industrial chair dedicated to the study of underground hydrogen with the University of Pau (France) and Ifpen.

Earth2's two mainambitions are to bring together European natural hydrogen players under the same banner to better unite them and "to carry the colors of this new, low-carbon energy loud and clear".

Created at the initiative of French startups CVA Group and 45-8 Energy and supported by the Pôle Avenia, Earth2 benefits from a particularly dynamic French ecosystem. Led by 11 members, it is made up of 40 partners (universities, research centers and industry, including Eliis).

In March 2022, Earth2 sent a delegation to Brussels to present the potential of natural hydrogen to several representatives of European institutions. A website project to promote this precious gas and communication actions are also planned.

The progress of these companies is being closely followed by scientists and researchers around the world. They should lead to a better understanding of the geological contexts in which natural hydrogen is formed and the kinetics of the reactions that cause it. We must make up for lost time!

For a long time, natural hydrogen remained a completely ignored source of energy. Many scientists were convinced that the H2 molecule was rare in nature. And the eyes were elsewhere, turned towards the search for oil and gas.

Russian researchers had noted its presence in abundance in certain regions of their country, but because of the Cold War, these discoveries had been slow to reach Western scientists. Finally, it is only in the last 15 years, with the discovery of the Bourakebougou reservoir, that natural hydrogen has begun to arouse interest and is the subject of extensive investigations.

Where does natural hydrogen come from?

Several geological processes explain the presence of hydrogen in the subsurface. The best known and most documented is serpentinization. This is a reaction in which water and a rock rich in ferromagnesian minerals, such as olivine, interact to form hydrogen.

But other mechanisms are being studied: radiolysis of water in rocks containing uranium, thorium and potassium, pyritization (at ocean ridges), decomposition of organic matter in the subsurface, etc. Hydrogen is also found in old gas and oil reservoirs and in the geothermal energy sites.

The objective of researchers today is to evaluate the contribution of each of these geochemical processes to the production of natural hydrogen on land and thus better identify the potential of the most favorable areas.

It is still too early to know precisely which regions of the world have the most interesting deposits. The famous "fairy circles", marked by a lower density of vegetation with strong surface hydrogen emanations, are precious surface clues. They are found on all continents, notably in the United States, Russia, Brazil, Canada, Australia, Namibia... But, for reasons that remain to be clarified, the volumes of hydrogen at their surface are very variable from one region to another (a few hundred to several hundred thousand cubic meters per day and per square kilometer). According to Viacheslav Zgonnik, one of the first researchers interested in natural hydrogen, the global annual flow of hydrogen of geological origin could be 23 Mt per year.

Hydrogen emanations are rarely pure. They are generally part of a gaseous mixture, containing helium and/or methane, and their levels range from a few percent to more than 90%, as in certain areas of Australia or Mali.

Identifying the most promising sites

But the presence of hydrogen on the surface does not necessarily mean that it can be exploited, nor for how long and at what price! The other challenge for geologists is to understand if and how hydrogen accumulates underground. In Mali, around the village of Bourakebougou, 3D geological and geophysical studies have revealed the presence of several carbonate reservoirs containing large quantities of hydrogen, with dolerite, a volcanic rock, as the capstone. But in many areas under exploration, the evidence for the presence of this gas is mainly based on surface measurements. Hydrogen is an extremely light gas that can migrate through the rock. For it to accumulate, it must be retained by specific salt-like structures or by clayey sedimentary deposits.

To date, the subsurface reservoirs remain poorly understood, as does the diffusion of hydrogen through the rocks. Therefore, scientists are eagerly awaiting the data from the drillings carried out by the various companies working in the field!

- 99% of this hydrogen is of fossil origin: 76% comes from the steam reformation of methane and 23% from the gasification of coal,

- the production of hydrogen emits 900 Mt of CO2 into the atmosphere every year.

- The production of so-called "low-carbon" hydrogen - by electrolysis of water from renewable energies (wind and photovoltaic), from nuclear energy of rom fossil energies with CO2 capture and sequestration CO2– still represents only a very small proportion of the world's hydrogen production.

Natural hydrogen: how the potential wellspring works and why companies are pouncing. PV Magazine. April 20, 2022