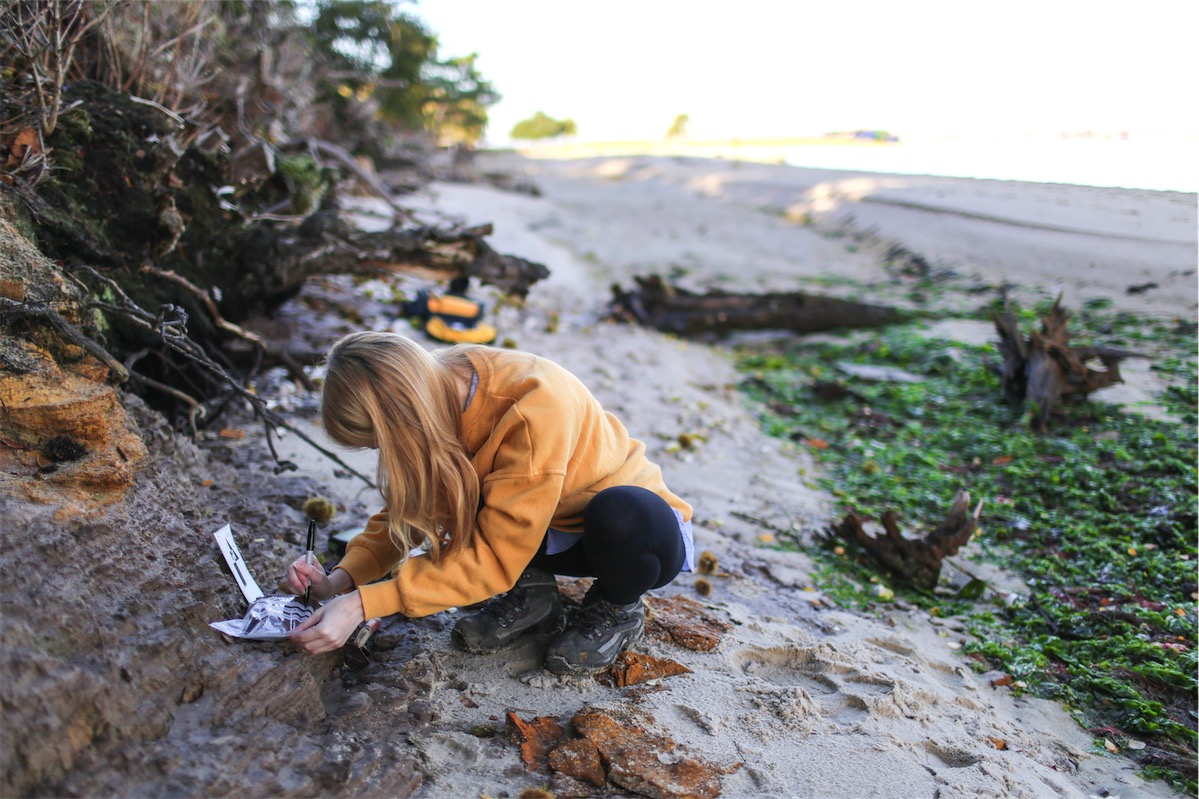 From continent to continent, women have deployed their talents as geologists over time.

Indeed, it was in England that women began to integrate scientific circles and in particular the Geological Society of London. In 1977 in San Francisco, women took a further step by creating a specific association to promote earth sciences for girls. Today the organization has 1,200 students and professionals from industry and research in some 20 US states, Europe, Asia and South America.

Born in 1888 in Copenhagen, Inge Lehmann followed an educational course that banished the differences between girls and boys, a remarkable fact for the time. She studied mathematics, chemistry, physics and astronomy and then conducted research with geodesist Niels Erik Nörlund to set up seismological observatories in Denmark and Greenland. Her work and her talent enabled her to obtain a doctorate in 1928, one aspect of which was in seismology. Soon Inge Lehmann became director of the department of seismology at the Royal Danish Institute of Geodesy. She oversees studies of the location of earthquake epicenters using data recorded by seismographs. From 1954 she became particularly interested in the Earth's mantle and collaborated with the American seismologist Beno Gutenberg.

Besides her own discoveries, in 1936 Inge Lehmann contributed to the creation of the Danish Geophysical Society, of which she became president in 1941 and 1944. She received the William Bowie Medal from the American Geophysical Union in 1971 for her contributions in the field of geophysics and another one from the Seismological Society of America in 1977. The American Geophysical Union created in her honor the Inge Lehmann Medal in 1995. Since 1997, this American award has been given to researchers who “make an exceptional contribution to the understanding of structure, the composition and dynamics of the earth's mantle and core".

Brisbane-born Dorothy Hill studied chemistry and then geology at the University of Queensland. Graduating in 1928, she received a first prize and a gold medal for outstanding merit before entering the Sedgwick Museum of Earth Sciences in Cambridge. She obtained a doctorate in 1932 from her work on the corals of Carboniferous Scotland. Back to Australia Dorothy Hill kept on specializing in this field. Her work on the stratigraphic layers and corals of South Australia became unmissable.
Her engagement with the Women’s Royal Australian Naval Service during World War II reveals a courageous temperament. She works tirelessly for the shipping order encryption service.
In 1956, Dorothy Hill joined the Australian Academy of Sciences and from 1970 she became the first chairwoman of this institution.
In 1966, she received the Clarke Medal issued by the Royal Society of New South Wales.

Sudipta Sengupta (1946), an Indian geologist between the Himalayas and Antarctica

Born in Calcutta in 1946 Sudipta Sengupta has many facets. Geologist and mountaineer, she also wrote a world famous book, Antarctica, in which she relates stories about her scientific expeditions in the “White Continent”. As graduate of the University of Jadavpur in Calcutta, she teaches earth sciences there.

Along with her university career, Sudipta Sengupta trained as a mountaineer with Tensing Norgay, the first man, together with Edmund Hillary, to have climbed Mount Everest in 1953. Among the many expeditions in which she participated in India, Nepal and Europe, one of them is exclusively female. Women mountaineers reached a peak at 6,265 meters above sea level that had not yet been named and is now called Mount Lalona.
In 1983, Sudipta Sengupta took part in the third Indian exploration in Antarctica. On this occasion, she carried out pioneering geological studies in the Schirmacher Hills of East Antarctica.
Sudipta Sengupta has received numerous awards including the Bhatnagar Prize for Scientific Excellence, the National Mineral Award and the Antarctica Award from the Indian government. She is also a member of the Indian National Science Academy.

Maria Euridice Páramo Fonseca (1953): from geology to paleontology in Colombia.

Born in 1953 in Colombia, Maria Euridice Páramo Fonseca graduated from the University of Bogota in geology and paleontology. She has been leading research in the Department of Geoscience and has tremendously contributed to improve knowledge of Cretaceous reptiles for decades. Her foundation on the preservation and rescue of fossils allows us to better know and understand the evolution of the living world.

Maureen E. Raymo (1959), specialist in the history and causes of global climate change

A graduate of Brown and Columbia Universities in the United States, Maureen E. Raymo is known for her work on the history and causes of global climate change. She is working on the link between global cooling and a decrease in atmospheric CO2 caused by the uplift of the Himalayas and the Tibetan plateau. Co-founder of the Columbia Climate School, Director of the Lamont-Doherty Earth Observatory, G. Unger Vetlesen Professor of Earth and Environmental Sciences, and Director of the G. Unger Vetlesen Institute of Environmental Sciences. Unger Vetlesen Professor of Earth and Environmental Sciences, and Director of the Lamont-Doherty Core Repository, she publishes seminal work on the stratigraphy and chronology of recent geologic times. Maureen E. Raymo proposes hypotheses to explain the patterns of ice sheet variability observed over the past several million years. She is deploying new ways to study past sea level change. Her numerical models provide a better understanding of past and future climate. They accurately analyze deep-sea sediment cores, records geochemical, paleontological and paleoclimatic changes. More recently, her research unit has focused on reconstructing sea level and ice volume during past warm climate intervals. Her goal is to predict sea level rise in the context of global warming.

In 2020 Violaine Sautter, French terrestrial and extraterrestrial geologist, studies rocks to understand the story of planets. She practices "planetary archeology" on Earth through the study of very deep mantle rocks, but also on Mars thanks to the Curiosity robot.
According to Violaine Sautter “Planet Mars contains the lost archives of Earth... Indeed its surface, which has not been altered by plate tectonics as it is the case on Earth, can reveal secrets of the beginning of the solar system and therefore of the first moments of our blue planet. "
At Eliis, women are also looking to the future! Our geologists contribute to the development of highly accurate seismic interpretation and subsurface analysis software. Experts in their field, they work with many companies to meet the challenges of tomorrow in the energy and storage sectors.