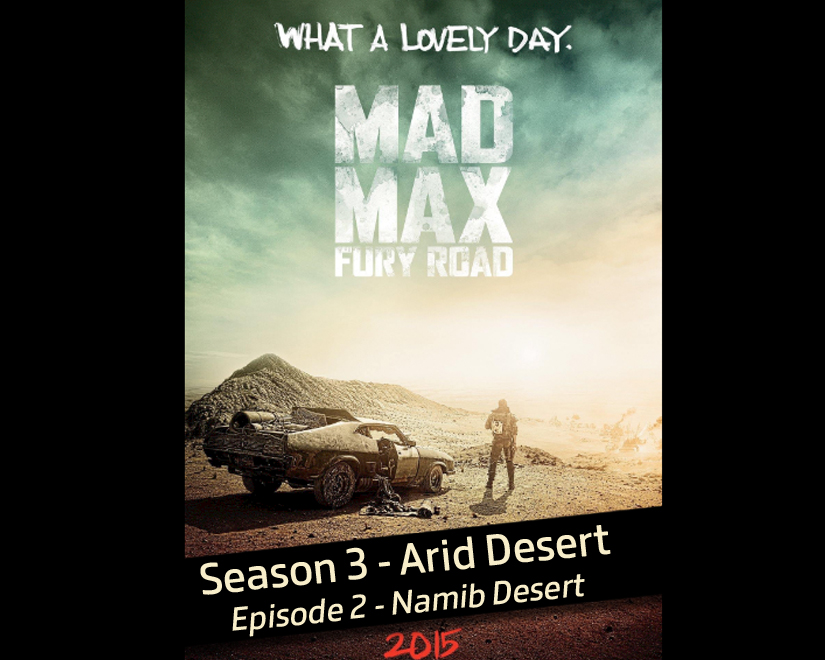 “I Am The One That Runs From Both The Living And The Dead” [Mad Max], Fury Road

You probably know Mad Max, at least by name. You have probably seen or heard of this road cop charged with enforcing order and hunting down criminals. Maybe you like action and science fiction movies. Then the four parts of the series created by George Miller and Byron Kennedy in 1979 are a must for you! In the course of his adventures, Max Rockatansky, Mad Max, travels the roads of a country given over to violence because of the lack of oil. A nuclear war ends up decimating most of the inhabitants on earth. Only a few survivors try to create a new world.  The fourth episode, Fury Road, plunges us into a universe where water and oil resources, now very scarce, give rise to brutality, despotism and alienation. Indeed, a dictator named Immortan Joe and his slaves, fanatical men, reign over the Citadel and hold the coveted riches. Mad Max finds himself trapped in a military vehicle driven by Imperator Furiosa. The people on board are fleeing the tyrant...

(Not too) Fun Fact

The fourth installment of the Mad Max saga, Fury Road, was filmed in 2012 in Dorob National Park, a particularly sensitive protected area located in Namibia. At the time, the conditions of the shooting caused anger and desolation. According to environmentalists and tourism professionals, the film crews damaged the site and the particularly sensitive and rare fauna and flora. Originally the film was to be shot in Broken Hill, in the Australian desert. But, according to The Weather Channel, floods have changed the configuration of the place by covering the arid land with a carpet of flowers. A landscape in contradiction with the scenario!

In June 2013 the Namib Erg was listed as a UNESCO World Heritage Site, thus facilitating its protection for future generations.

The Namib Desert, the Namib Erg, covers an area of over 3 million hectares located on the arid South African coast. The name Namib is of Nama origin and means "vast place". It is considered by specialists as the oldest desert in the world, dating from 55 to 80 Ma. Its formation is the result of a succession of geological phenomena.

From the Atlantic coast eastward, the Namib gradually rises in altitude over 200 kilometers (120 mi) to the foot of the Great Escarpment. Annual rainfall ranges from 2 millimeters (0.079 in.) in the driest areas to 200 millimeters (7.9 in.) at the escarpment. Along the coast temperatures remain stable, between 9 and 20°C (48 and 68°F) per year, while those inland show significant variations between daytime temperatures of over 45°C (113°F) and freezing nights. Finally, a thick fog covers the coastal regions more than 180 days a year.

Indeed, as the main source of water, it allows endemic plants and animals - invertebrates, reptiles, "swimming" and "diving" mammals - to live in an extreme hyperarid environment.

The effect of the wind transports on the geomorphology is also emblematic of this desert and its various sand dunes types. Classified among the tallest on the planet, some of the dunes are 300 meters (980 feet) tall and extend 32 kilometers (20 mi) in length. Eolian deposition processes add a unique feature to this exceptional landscape with the presence characteristic of inselbergs, rocky remnants with steep slopes, pediplains, vast flat surfaces sometimes bristling with remnants, and playas, low alkaline plains.

Unlike most dune fields in the world, which are the result of the erosion of rocky substrates in situ, those of the Namib Desert contain transported material. The sediments originate from the interior of the African continent and travel thousands of kilometers via fluvial transportation. They also come from ocean currents and wind. Thus this incredible desert embodies not only an example of adaptation of fauna and flora in an extreme environment but also a breathtaking palette of colors and textures!

To understand the composition of this desert, the physiography of Namibia deserves a specific explanation. Indeed, bordering Brazil on the supercontinent Gondwana before the opening of the South Atlantic Ocean about 130 Ma ago, Namibia reveals a passive continental margin, a gradual transition zone between the continental and oceanic crust. Its 1000 to 1600 m high interior plateau separated from a coastal plain by the "Great Escarpment" does not induce subduction. Thus it illustrates perfectly the continental opening and the formation of a new ocean.

In addition to the flooded basalts that testify to the breakup of Gondwana, the desert offers fascinating evidence of geological history:

• Neoproterozoic episodes of "Snowball Earth" between 720 and 635 Ma have left visible traces on sediments of glacial origin found at tropical paleolatitudes. The presence of glacial diamictite covered by thick layers of marine cap carbonates correspond to these geological phenomena.

• The Damara orogeny, characterized by geodynamic processes and resulting in the formation of a mountainous system, completed the assembly of the Gondwana supercontinent between 560 and 550 Ma. The collapse of the Karst during the Damara Orogeny resulted in the setting up of the spectacular  Brandberg West Mine with 56 different mineral species.

• The Karoo Supergroup deposit comprises a series of Upper Carboniferous to Jurassic sediments accumulated in basins behind the Cape Fold Belt mountains in South Africa. It also contains metamorphic and igneous rocks that are evidence of plate tectonics and contain economically valuable minerals: gold, manganese, platinum. Deposits of other raw materials such as diamonds, coal and iron ore have sustained the region's growth for many years.

The extraction of tungsten, salt and diamonds in particular have aroused covetousness, which is now under control for ecological reasons.

Finally, the great igneous event of Etendeka 130 Ma ago, with the opening of the South Atlantic Ocean, triggered the appearance of a majestic granite massif. The highest mountain, made of pink granite, called the Brandberg massif, reaches 2 573 m.

The journey through the Namibian desert resembles a historical journey. From Neoproterozoic rocks to small hills (koppies) of post-tectonic Cambrian granite, from pink mesas, composed of sediments of the Karoo supergroup, to resistant basalt and rhyolite flows, the geomorphology of the place speaks openly about the land and its past.