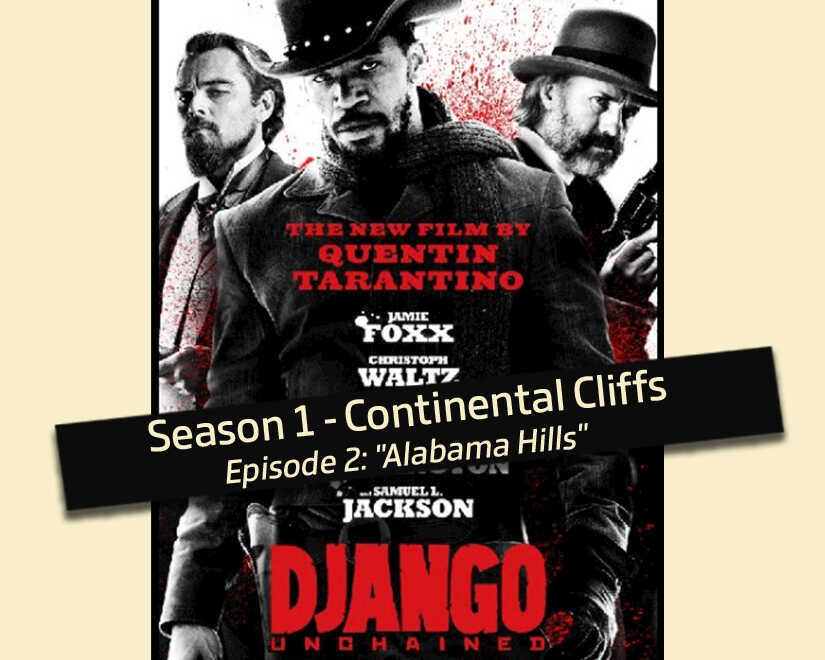 "You had my curiosity… but now you have my attention."  [Django]

Do you enjoy Quentin Tarantino's dark, cynical, sometimes chilling humor? Do you like his choreographed scenes of violence, with an offbeat aesthetic? Do you love wide open spaces and beautiful geological sites? Then Django Unchained is the movie for you.

Released in 2013, Django Unchained is the spaghetti western that Quentin Tarentino dreamed of making. The story of a black slave seeking revenge against his torturers at all costs. In the southern United States, a few months before the Civil War, Dr. King Schultz, a German bounty hunter, buys a slave named Django. He joins him in his hunt for the Brittle brothers, two wanted murderers. Schultz promises Django his freedom when the dangerous criminals are captured, dead or alive. But Django's only goal is to find Broomhilda, his wife, from whom he is separated because of the slave trade...

Django Unchained is a tribute to the first Django. In the 1966 version by Sergio Corbucci, the actor Franco Nero plays Django. Aged 71 in 2012, he makes a brief appearance in Quentin Tarentino's version. Sitting at the bar, he asks Jamie Foxx his name. "Django, with a D." "I know," replies Franco Nero.

The film Django Unchained is partly shot in the Jackson Hole Valley, Wyoming, a remnant of a very ancient sedimentary basin. The rocks that make up the surrounding mountains, which are 2.5 billion years old, are also found in the valley's subsoil and testify to the presence of a warm sea. Volcanic deposits also play an important role. Marine and non-marine periods have apparently succeeded one another over time.

• Metamorphic volcanic rocks catch the eye with their reddish-orange color and almost flaky or scaly appearance in places. Dated between 150 and 200 million years ago, these protoliths have changed shape over time, generally under the effect of intense heat and/or pressure.

• Then the beige colored biotite monzogranite blocks, of smoother appearance - but rather rough -- bring a nice contrast. This boulders can look alike a teardrop or an arch. This final shape of a molten rock called magma, comes from its alteration over 85 million years.

• Finally, the towering grey peaks of Mount Whitney and the Sierras dominate the entire Alabama Hills region. The Sierras - Saws in Spanish - have a silvery-brown sheen and appear much more angular than the desert-colored rocks of the Alabama Hills, 9000 feet below. Yet it is the same granite that makes up these impressive mountains and the spherical beige rocks below! The only difference, which explains their radically opposed appearances, is the way these pieces of granite have been altered.

In fact, at high altitudes, the Sierras have undergone a long period of glaciation, resulting in a massive compression and smoothing, which is the origin of the mountainous shapes visible today. Their extreme height and steep slope on the east side stem from their location on a fault block that emerges from the ground and creates a kind of scar that causes the protrusion.

Alabama Hills is a beautiful example of a place on Earth where science meets art, where geology inspires the greatest artists.

Beautiful sites for a film emblematic of American cinema in the 2010s!