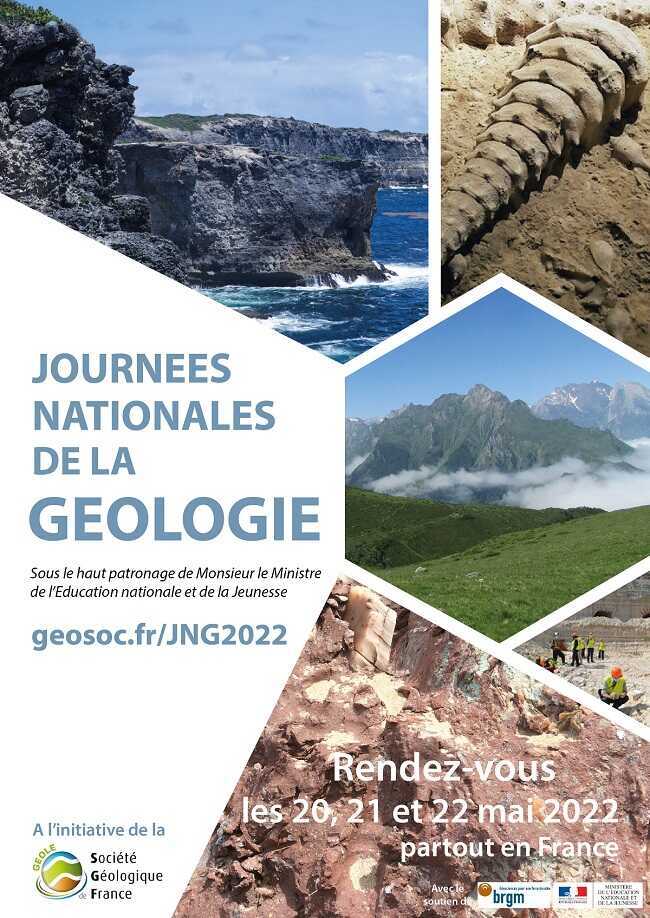 The 4th edition of the National Days of Geology starts today in France. From May 20 to 22, 117 events are organized in the country and in the Overseas French Territories. The Geological Society of France and the Bureau de Recherches Géologiques et Minières (BRGM) offer earth science enthusiasts the opportunity to look at the national natural sites - landscapes, coasts, cities - from the geodiversity perspective. Field trips, city walks, museum visits, lectures, film and animations mark those three exploration days.  The objective of this annual event is to increase awareness of geological phenomena, the nature protection and the development of underground resources.

An excursion in the Calanques National Park, between Marseille and Cassis, in the heart of limestone Provence, allows us to go back to the Jurassic period 150 million years ago. At that time, the Atlantic Ocean opened up, separating Europe and North America, India and Madagascar moved away from Africa, Gondwana formed a block with Africa and South America. In France, a large part of the territory was covered by sea.

An immersion in the heart of the geological mysteries of the Pink Granite Coast whose three essential minerals - quartz, feldspar and mica - resulted from a localized increase in the temperature of the earth's mantle. The pink color comes from the presence of iron oxide impurities in the crystal lattice. You will love it!

Discover Paris under your feet! A conference will be held on the evolution of methods to better analyze the subsoil of Paris and the Ile-de-France from maps, geological sections and 3D models. An approach of this discipline in an urban context in connection with the inhabitants daily life.

A 60 million years geological journey in Plourescant in Brittany. Its coastal paths in the middle of granite tors, its pink and grey rocky heaps with its diorite enclaves, dolerite veins, and pebble strings will enchant you.

A circuit in the forest of Broceliande in Ille-et-Vilaine whose natural mineral and plant resources are emblematic of the Proterozoic - 540 million years - and the Lower Ordovician - 472 million years. Three emblematic geological formations can be seen there: the Brioverian, the Purple Slabs and the Armorican Sandstone.

Travel through the Livradois-Forez in the eastern Massif Central! This chain of medium-sized mountains, representative of the Carboniferous period - about 350 million years old - was eroded during the Mesozoic era and reduced to low plateaus bordered by seas. The formation of the Alps has contributed to the current configuration of the relief.

Visit one of the largest underground chambers in the world - 194m high and 245m in diameter - at Pierre Saint-Martin in the Pyrénées Atlantiques! The karstic network with all its cavities - galleries, chasms, shafts and chimneys - is the result of the hydrochemical and hydraulic erosion of soluble rocks, especially carbonate rocks such as limestone. You will see the famous Hercynian Discordance. From the Primary Paleozoic to the Cretaceous, take a 200 million year leap!