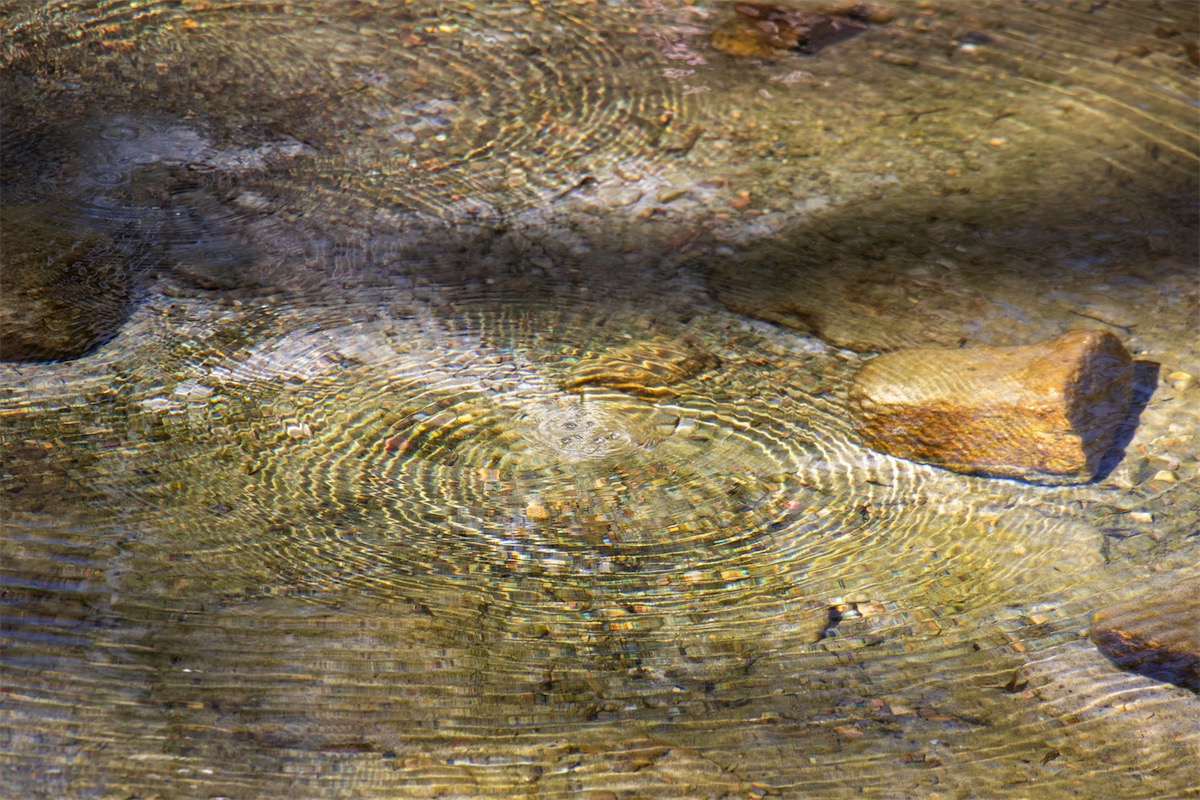 Aquifers are underground geological structures that constitute the largest reserve of liquid fresh water on earth. Increasingly exploited, they are now the subject of many concerns about the quantity and quality of the water they contain.

On one hand, longer and hotter summers, less frequent rainfall, and lower rivers and streams every year; on the other hand, an ever-increasing population, intensive agriculture and water-hungry industries. This is the thorny situation that Texas has found itself in over the past few years. With a particularly dry start to 2022 (84% of the state's geographic area would be in drought today), all eyes are on the aquifers. These natural underground reservoirs provide large quantities of drinking water during the dry seasons.

They already provide nearly a third of Texas' water needs, but experts and scientists are concerned that intensifying droughts and increasing demands for water could lead to over-pumping of these precious reserves, making the aquifers more vulnerable than ever. But Texas is far from an isolated case. On every continent, global warming and population pressure are putting many aquifers at risk.

What is an aquifer?

It is a porous geological formation made up of rocks in which water accumulates to form groundwater. An aquifer is sufficiently permeable to allow water to circulate freely, which allows it to be collected (well).

- Sedimentary basins: they host the largest groundwater tables, because they contain sediments accumulated in layers (sand, gravel ...) during geological history;

- Mountain ranges: although they are made of impermeable crystalline and volcanic rocks, they can contain water when these rocks are cracked on the surface;

The water contained in these different types of aquifers is of capital importance. It represents nearly 99% of the world's liquid freshwater reserves and supplies two billion people with drinking water and water for irrigation and industry.

In 2017, nearly 1,000 km3 of groundwater from aquifers was withdrawn worldwide, representing a quarter of all freshwater consumed on Earth (the rest coming from surface waters such as rivers or lakes).

75 % of human groundwater withdrawals are made by 10 countries. Eight are located in Asia (in descending order: India, China, Pakistan, Iran, Indonesia, Bangladesh, Saudi Arabia and Turkey) and two in North America (United States and Mexico). These are all countries where access to surface water is limited.

On a global scale, 69% of groundwater is used for agriculture (irrigation), 22% for domestic water (hygiene, food, etc.) and 9% for industrial activities (waste disposal, cooling of installations, boiler operation, etc.).

The majority of aquifers are naturally fed by rainwater, water from melting snow and, in smaller proportions, surface water (rivers and lakes). This regular recharge allows water to be drawn from the aquifers in a sustainable manner.

Unfortunately, in many countries, the growing demographic pressure and global warming are causing disruptions to the natural recharge processes: soil sealing (construction of roads, buildings, parking lots, etc.), modification of the original natural vegetation of the soil (agriculture, drought, poor management of plots, etc.), scarcity of precipitation, drying up of rivers, etc. When the recharge of an aquifer is non-existent or insufficient, the volume of the water table decreases. Extractions then deplete the stored volume, which can ultimately jeopardize the food and water security of the region.

Groundwater is also likely to be contaminated by industrial and agricultural pollution (chemicals, residues, nitrates, pesticides, phosphorus...), but also by salt (in case of seawater intrusion) and by arsenic naturally present in some rocks. This problem of groundwater pollution is extremely difficult to solve, because the water contained in the aquifers is difficult to access; once polluted, it remains so for a very long time.

In blue, the main hydrogeological basins, i.e. the aquifers containing the major part of the fresh water reserves stored on earth with relatively variable recharging rates. In green, formations that also have large quantities of water flowing through them (usually fractured rocks) but whose productivity is generally lower than the main hydrogeological basins. In brown, the least advantageous areas in terms of groundwater exploitation.

Identify the most at-risk aquifers

The assessment of groundwater levels remains difficult to achieve at the global level. However, a study called GRACE (Gravity Recovery and Climate Experiment) conducted by NASA has provided a number of estimates. Through the observation from space of changes in the Earth's gravity field, researchers measured changes in the amount of water stored underground. They found that more than half of the world's major aquifers have exceeded their sustainability limits. In other words, that groundwater withdrawal rates are far greater than replenishment rates.

The results show that some aquifers are in a particularly critical situation due to overexploitation: the Central Valley and Ogallala aquifers in the United States, the Northwestern Sahara aquifer system, northwestern India and northern Bangladesh, the North China Plain aquifer in Beijing, the Pilbara Basin in northwestern Australia, and the Guarani aquifer in southern South America.

Need for a better groundwater  management

While aquifers represent an abundant water resource essential to life on Earth, they are no less vulnerable. With water use expected to increase by 1% per year over the next 30 years worldwide, UNESCO is calling for action. It encourages states to implement new methods of sustainable and efficient management of these resources in order to use groundwater in a smart way.

The challenge is to protect groundwater from overexploitation and pollution so that it can meet the growing needs of the population and respond effectively to the current climate and energy crisis.